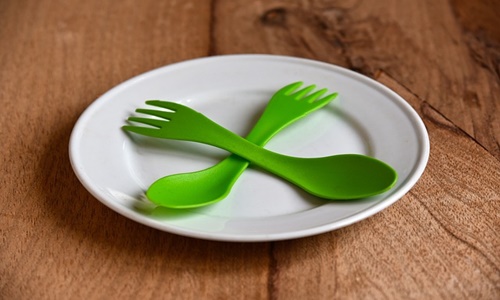 The government of England has reportedly announced that single-use items including plastic cutlery, trays, and plates would be prohibited.

Apparently, it is unclear when the ban would go into effect, meanwhile, Scotland and Wales have already taken similar actions.

Thérèse Coffey, environment secretary, stated that the measure would contribute to preserving the environment for generations to come.

Campaigners supported the regulation but urged for a more stringent plan to reduce the consumption of plastic.

According to government statistics, over 4 billion pieces of plastic cutlery and 1.1 billion single-use disposable plates are used annually in England.

For the record, the plastic garbage does not frequently break down and can stay in landfills for a very long time.

Although it could be helpful for maintaining food hygiene, it can also become litter and contaminate soil and water.

Reportedly, the Department for Environment, Food, and Rural Affairs (Defra) confirmed the action after an extended consultation that will be made public on Saturday, January 14.

As per Defra, each individual in the U.K. utilizes an average of 18 single-use plastic trays and 37 pieces of plastic cutlery per year, with only 10% of those being recycled.

In June of last year, Scotland imposed a ban on companies using a variety of single-use plastic products. Notably, a similar ban was enacted in Wales in December and will be brought to action later in 2023.

However, the latest regulation is not applicable to goods purchased from supermarkets or stores as the government has stated that it would address those issues through other means.

Randles also claimed that the government state must present a more meaningful plan for reducing plastic consumption, one that would include strict goals as well as a proper recycling and refill system.